Anyone who really uses a drill is bound to end up dulling their drill bits, especially if they ever have to drill into harder materials such as metals. You can probably drill in softwoods for years without any problem, but any serious craftsman is not going to limit themselves to working in softwoods.

For most of us, a dull drill bit entails a trip to the hardware store for a new one. All too often this ends up being a special trip because we don’t realize we need it until we’re already in the middle of a project. Having the capability of sharpening your own drill bits at home doesn’t eliminate the interruption, but it can certainly make it so you lose less time taking care of the problem. At the low end of the scale, you can actually sharpen drill bits freehand, using a bench grinder or honing stone. However, you’re not likely to get a very accurately ground bit that way. I remember trying to sharpen 1/2 inch bits on a handheld grinder for an emergency repair and it was a joke.

Some bench grinders have a groove on the tool rest, intended for use in sharpening drill bits. While this can work, it takes an extremely light touch, as well as a good bit of luck to make it work out. The biggest problem in trying to sharpen a drill bit this way is trying to make the point come out in the center of the bit. It’s all too easy to end up offset to one side or another. That’s why it’s worth investing in an actual drill bit sharpener. Being made specifically for the purpose, they will give you the best possible grind, often as good as what you would find on a factory ground drill bit. In other words, used properly, these tools can make your drill bits as good as new.

How much you spend on a drill bit sharpener depends on how many drill bits you go though. Ultimately, these tools pay for themselves by saving you on buying new bits. However, you would have to resharpen a lot of bits to pay for some of the more expensive units.

There are two basic categories of drill bit sharpeners; self-powered which have a motor to drive their own grind wheel and those that depend on working with a separate grinder. We have an assortment of the two types here. While all of these tools do essentially the same thing, there are some differences which may make your decision for you. Depending on your personal needs, you want to pick one that will do what you need.

One thing to remember with any drill bit sharpener is the very act of sharpening a bit will remove its coating. If you’re accustomed to buying drill bits with exotic coatings electroplated onto them to make them last longer, you won’t have that coating on the re-sharpened bit. However, the fact your bit needs sharpening essentially dictates the coating is no longer there anyway. 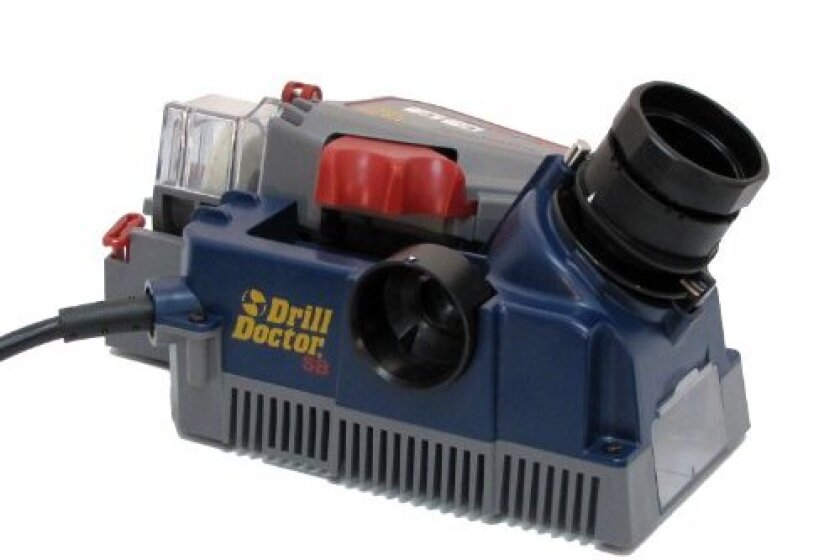 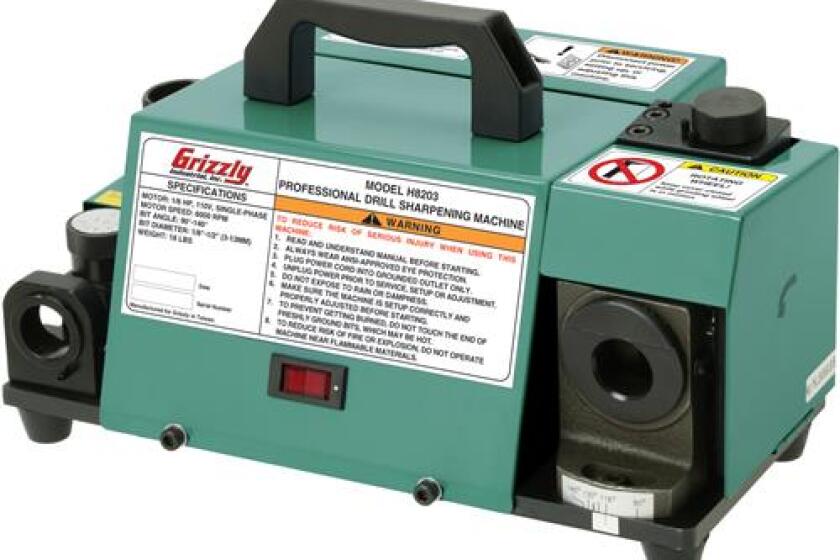 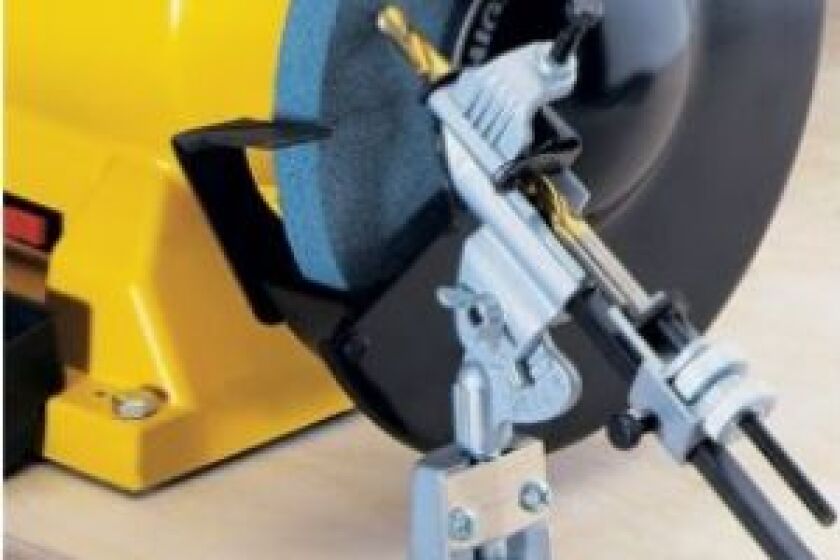